Any Crutch can be Kicked Out from Underneath You.

If you are relying on any drug, alcohol, “muse” for creativity or artistic output, you have to realize that you will eventually hit a dead end. Most of us have taken something to help us relax, get past the fear and create. And it might help occasionally or in emergency situations. But it can only take you so far.
One problem is acclimation, then you need to take more. Then you need more. Then at some point you are no longer an artist but an addict. Addiction can lead to health and/or legal problems.... and perhaps financial problems. (Some of that shit is expensive.)

But relying on a drug to create art ...no matter how fancy or hallucinogenic the drug... does not excuse you from the work of growing as an artist. (or growing as a human being either) You will not grow by relying on a drug. Once the drug is taken away what are you left with? The belief that you cannot create with out the drug? You should be able to create under any circumstances. Drunk or sober. You should be able to create if you are tired and don't feel like it. If you are sick. If you are upset. If the phone is ringing and the kids are screaming and the world is falling down about you in flames.... because YOU are the artist. Not the drug. Not this. Not that. It should come from you. No matter what.

I know. It sounds fun. We want to see what will happen. We want to see what we come up with. We ant to see what we have locked away in the subconscious. We want to see the fancy colors and shifting patterns.... when most of us haven't learned to see the world right in front of us now.
In my experience most people are observant as mud. People who call themselves artists can't see the colors in the room. They can't see the patterns and shapes of the human body; or the subtle rhythm of body language and nature. Want to see some cool shit? Look at is right in front of your nose. Learn to see proportion and negative space before you enter the “Spirit realm” with LSD or peyote or some shit.

Instead of trying to take short cuts, learn to meditate. It's not as glamorous as the heroin chic of the stereotypical artist.... but you might actually make a decent work of art for once.

Pojekt 50/50 is back on a roll with a show of mannequin heads painted by several local artists, including me.  The show is this Friday at the ever- hop Belvedere's. 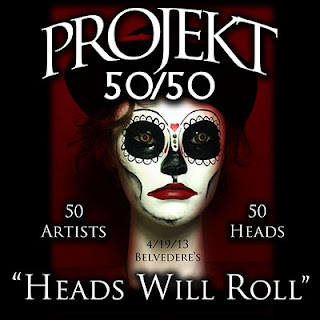 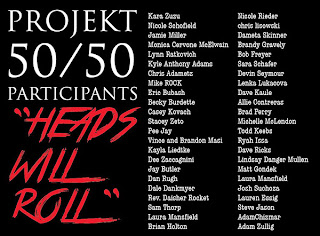 Here's a sneak peek preview of my work: based on VanGogh's Starry Night. 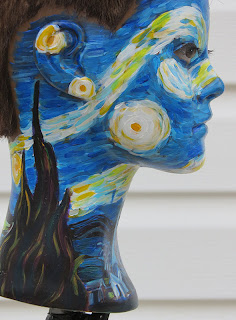 Behold.
We bring you Falkor from the Never Ending Story.

The biggest challenge was working under the multi -colored lights of the party hall.  My lighting solution was not sufficient. I'm going to have to come up with something better for the future.
We got a lot of great feedback.  The finished piece will be auctioned off at the PERSAD art auction, and we are hoping it brings a good price in for the cause. 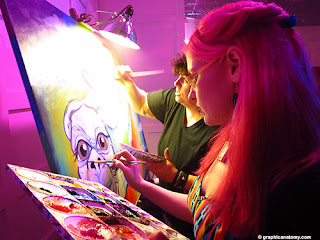 
What the hell is PERSAD?
PERSAD offers health services, counseling, eductaion and advocacy for the LGBTQ commmunity, anyone affected with HIV?AIDS and thier family members.
I have been donating art for the art auction since 2008, before that I volunteered for several PERSAD fundraising events.
This year  I will be painting LIVE with Lauren Toohey on the spot during the Underwriter's Circle Party. The resulting masterpiece will be up for auction in May for the big fundraiser, Art for Change.

The Underwriters Circle Party, a.ka. the VIP event, will be held on Thursday, April 11 at Jay Verno Studios on the South Side.
This year's Art for Change event will be held on Monday, May 13 at the August Wilson Center for African American Culture.
Persad's largest and most successful fund raising event will be celebrating the 25th year of Art for AIDS, which has raised over $3.75 million dollars to support Persad's Free Care Fund; allowing Persad to offer quality services to all clients regardless of their ability to pay.

Live painting is quite a draw nowadays. It's most exciting when the artist has a flow, a master of gesture, a rhythm. It's not just the resulting work. (although it certiainly helps if its good.) But the action of making art. NOt only the record of the artist's actions. But witnessing the actions itself. This. Is. Action. Painting.
And I can do this. I can do this quite well. I can hold my own against anyone. The past has proven that Lauren and I can make some great work together.
You are going to want to see this.

You can get tickets to the event
here.

If you can make it, but want to chip in to PERSAD, you can donate at their website
here.

Call for Art: Super! Exploring the homoerotic subtext of the superhero culture.

If you grew up with comics and graphic novels, you may have noticed the evidence: The incredible bodies in flamboyant and skin-tight outfits. The leading of double lives. The intense male/ male relationships. The strange, unusual and even “unnatural” powers. Maybe it was the lack of positive gay role models in the mainstream culture or maybe all superheroes ARE kinda gay.
Things have progressed a bit from Northstar to Batwoman to a gay wedding in Archie. This show is meant to explore and celebrate all the hints, the winks & nods and the glorious camp that occurred over time.
All 2D art accepted. Please keep in mind this is meant to be an all ages show in a community center, so explicit X-Rated images (whether violent or sexual) cannot be accepted. The show is scheduled to open Sunday, June 2nd in conjunction with the Gay Pride Events right in downtown Pittsburgh. The show is scheduled to run through the end of September. The deadline for entries is Friday May 31st. 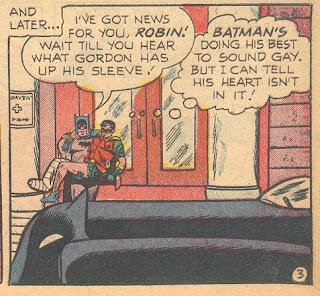 The form you need to fill out is here.
Any questions, please contact me.
Thank you.

Saturday night I was drawing live at the James Street Gastropub and Speakeasy.
It was a new challenge. A fairly new crowd.  Something different.

I have a few drawings still left if anyone wants to purchase.
lumber crayon on thick paper. Approx 24x36"  $25 each. through paypal. ships free inside the US. 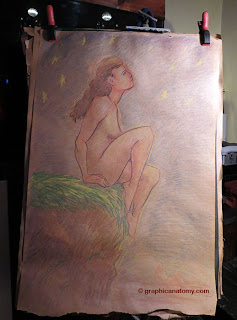 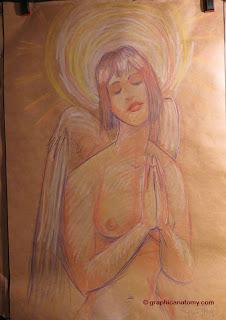 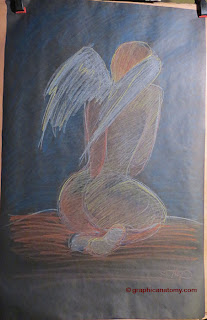 Reports from the Battlefield. Pt 2

I was asked to curate some artwork in conjunction with a showing of The Vagina Monologues at Point Park University. Basically it was to collect and create some Vagina inspired artwork.

Organic curvy images are typically associated with feminine. But women can be logical and scientific and not always so “flowy” so I created a very angular and .. masculine.... vagina. Its also kinda gay with a rainbow reference. 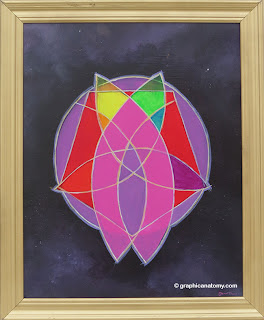 Cutting edge stuff, folks.
Here are a few of the other artworks. 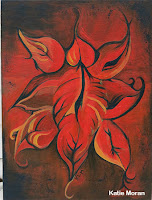 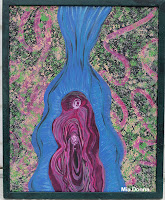 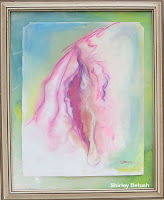 Also celebrated a birthday. Go me. 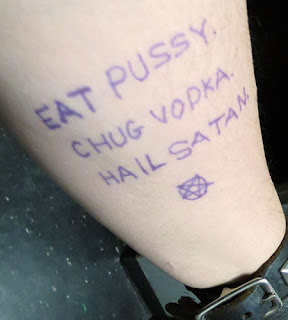 April is looking as if it will be equally busy. Stay tuned.

Reports from the Battlefield pt1.

March was busy.
The show with LUPEC and the Morris- Levy Gallery I helped curate. 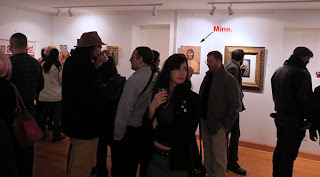 Art Attack wherein I sold the work while it was still wet on the easel. 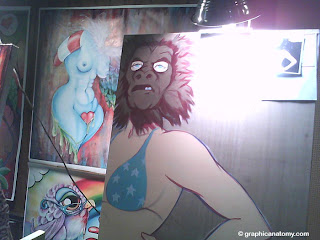 I am what is missing.


Looks like my outsider status has been confirmed for at least another year.
Whatever would I do if was actually accepted and appreciated into the status quo?
That just wouldn't sit right.
The view is better out here.

It is best  concern myself with getting better, not more popular.