The Pittsburgh Zine Fair is coming up and I have some new work to share.
Mostly personal philosophy kinda stuff with really good art.
PLUS ! a collaboration piece with the incredible Anna Bender. 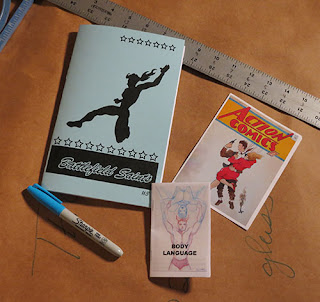 Check out the zine fair for these and many other great books. There will be plenty to choose from.
https://www.facebook.com/events/152850791590110/

If you can't make it, you can purchase the books online.
http://www.graphicanatomy.com/book.php

Last year I painted a car live and won the competition.
Here's a photo of me in this month's Penn Bulletin. 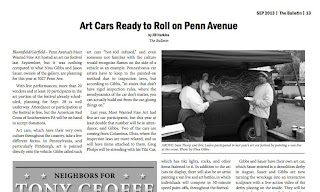 I'm still trying to raise money for a car.
Any size donation gets you original art in return.
You can donate here:
http://www.graphicanatomy.com/artcar.php

A little about me on the PAE blog.

photo of the opening by Johhn B. Stephens

I answered a lot of questions. Way more than what was printed. It's interesting to see what made the cut and what didn't.  Still, I'm very grateful for the attention. Find a copy and check it out.
You can find out more about the magazine here:
https://www.facebook.com/pages/Equal-Magazine/441162345927578 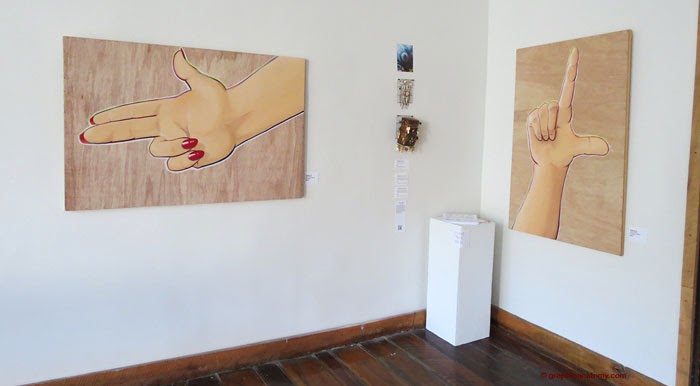 Actually, I'm fairly pleased with the way the show turned out.
It matched what i had in mind fairly well and looks good.
Many people took photos of themselves in front of the hands, doing hand signals.
Which is good. Probably my most photographed show.

It will be up all month at Most Wanted Fine Art. Stop in and take a look.

(repost)
You've studied and practiced hard to develop your skill and to refine your unique vision/ voice.
You deserved better than to be taken advantage of.
You will find many websites that will "show" your art .... for a fee.
You may find galleries and shows that promise you "exposure" for a fee. $50 for 3 images..non refundable .. and no promise of getting in.
They make slick promises. One example is the RAW artist show that has been floating around. They make you audition. congratulate you on the honor of getting accepted; then ask you to sell $200 worth of tickets. (if you can't sell the tickets, YOU have to pay the money.)
They claim you can keep 100% of the sales.... but you still spent $200 for a one night show in some bar or club along with 20+ other artists who also had to cough up $200.
They take advantage of you. And you lose money.
You do not have to do this.
There are many, many opportunities to show work and gain collectors.
Don't think these scam artists are your only or best route.
Pay-to-play galleries that want a chunk of money up front to give you shows or wall space, especially those that tantalize you with the prospect of exposure in major art centers like New York or London.
The main problem is, what incentive does any venue have to sell your art when you pay them in advance? Certainly a lot less than they have if the only way they make their money by selling your art (like most galleries do).
Pay to play opportunities are like vanity galleries.
A vanity gallery does not involve the mutually beneficial aspects of an artist co-op-- instead, vanity galleries benefit from the desperation of artists who want their artwork seen in a physical exhibit, no matter what the cost. Thus, vanity galleries are art galleries that charge artists fees in exchange for exhibiting their artwork.
Point blank-- vanity galleries have no incentive to sell art because they have already cashed in on the artist, so to speak.
These type of art businesses survive by branching out--always. These websites/ galleries need to have hundreds of artist paying up front fees. These vanity spaces are not looking out for the artists' best interest in the long haul, they are merely trying to keep their exhibition space afloat.
Ideally, if a gallery REALLY believed they could sell your work, they's buy it. Then re- sale it at a profit.. like most business models.
Do you think the shop down the street borrowed all those soft drinks to sell on commission? They buy it, wholesale, and sell it re-sale.
Let the galleries survive on their skills as salesmen. On their customer service skills. Like they are supposed to. NOT by preying off the artists.
Take the money you would have spent on a "one night show in a bar" and take a class, get a professional website done, register a copyright... get decent business cards and/or stickers made.
The end result being that you had an art exhibit that is of little to no relevance-- and will certainly not help you to gain the reputation that you are seeking from established galleries nor gain the credibility that you want to convey to potential buyers and art collectors in general.
Find the people who would appreciate your art. Get your art in front of them. Maybe its a gallery in New York, maybe its your local coffee shop. Maybe its a yoga studio, maybe its a motorcycle shop.
Develop a reputation as a creative, but professional craftsman who cares about the work they make. Who connects with and respects the people who take the time to appreciate it.
You can't buy fame; you gotta earn it.