Having a bit of a sale on ebay right now.
http://myworld.ebay.com/samth0r

I'm challenging myself to see how many drawings I can do in a day... on top  of my normal schedule and work load. These are quick figure studies. They take about 10 minutes each.  They are gesture sketches. This means the energy of the arm movement is as important as the proportion and pose of the figure. They are color drawing on color paper. Mostly male but some female models as well.
I was worried a bit about flooding the market....  but that does not seem to be a problem.
It's nice to be appreciated. And I am thankful for those who have bought work so far.
February is turning  out to be a record month. ... and i have one day left.

Most people have no idea what I mean when my bio states that I am “classically trained”.
It means traditional, classical techniques. They still have no idea what that means, because it's hardly ever taught any more.

One of the things I was taught is that a Painting is made of paint.
And ONLY of paint. We were not allowed to draw on the canvas and then fill it in with paint.
Because that is not a painting.... it's a drawing colored in with paint.
Yes, there IS a difference.
I'm sure a lot of artists and “artists” still draw on the canvas then paint over it.
And sometimes they get away with it.
But when it becomes perfectly obvious..... they have a bad painting.

Allow me to explain.

The #2 pencil is much like a set of training wheels.
We all start out that way. There is no shame in it.
The shame occurs years later when you still have not moved on.
I had training wheels on my first bike. But if I were to go out an make a huge investment in “Big Time” Biking... say a Harley Davidson Super Low Fatboy Softail... I wouldn't want anyone to see me ride with the training wheels still on.
Those who know about bikes will know how ridiculous that is.
And those who know about painting will know when its a pencil drawing colored in with paint.

The #2 pencil  is awesome and unifying the most basic and common tool for writing/ drawing/ mark making. But that's also what makes it so bad. It's common. It's basic.

I am quite amused by the number of people who seem perplexed that when I draw, I use color.
As if it never occurred to them to use anything besides the common, basic #2 pencil.
Imagine that, an artist taking a creative approach.
So maybe some artists start their “painting” with a pencil because it never occurs to them to do otherwise.

Sure sketching and working out an idea a head of time IS important.
But when its time to start painting... start by painting.

Consider this:  if you can draw that image on the canvas with a pencil, why can't you do it with a brush?
What exactly IS the difference between using a pencil and using a brush?
Is it harder to do with a brush? Does it require a bit more skill?
Is ir fair to say that being able to manipulate a brush and paint with precision equal to a pencil... is that more rare of a skill to have?
So being able to render shapes with a brush is perhaps ..more advanced?
And all those still using pencil is .. more common.. more basic?


Sure some artist can use pencil and make it look good and no one cares about the “purity” of painting being done entirely in paint anyway. Some cover up their pencil skills with paint convincingly. Some think they have found a loop hole with those drawing paint sticks. Some deliberately break this rule ironically and it works in their favor.

But if you are avoiding the paint brush because you are lazy, or fearful, or it's just too darn hard.... chances are those who know.... will know.
If it is “harder” to draw out your image on a canvas with a brush, how will you ever get better painting skills if you keep falling back on your pencil skills?


SO... the painting done entirely in paint is at least trying to be more skillful, more advanced and more rare? And perhaps has a slight edge over the “painting” that is a drawing colored in with paint?

So maybe its time to let go of the #2 pencil AND those drawing oil sticks; and learn some skills.

Making art is a little... or rather a lot, like Zen.
The problem your artwork is having is completely obvious... and the solution to fix it is equally obvious.
Yet, it takes us ages to notice this and even longer to do the work of making the necessary changes.
Quite often the changes never happen because it's just too much work.
Like Zen.. like diet & exercise.
Hard work is the only way to do it.
We all know this, yet we hope for an easy quick- fix solution.
There isn't one.
There never will be.
Now get back to work.


The Wall Street Journal, when comparing The White House’s college rankings site, finds that the schools with the highest median debt come from arts schools. The country’s highest median debt load upon graduation sits at $52,035; that startling figure comes from The Creative Center, a for-profit art college in Omaha, Nebraska. New York’s Manhattan School of Music comes in second with a median debt load of $47,000.


52k ub debt thanks to the Creative Center in Omaha Nebraska....
Let's take a look shall we?
http://creativecenter.edu/

I'm not sure art schools are the best place to learn it anymore.
I'm not sure it's worth the huge debt.

What are the other options?
Public Libraries
Internet
local art centers, clubs and groups.
and of course the art galleries themselves.
I've explained some oprions for art education here:
http://samthor.blogspot.com/2011/12/so-i-wanna-go-to-art-school.html

I'm helping to put this event together.
Even though it is estimated that 51% of all working visual artists today are women; only 5% of the art currently display in American museums is by women. So to bring awareness to this inequality and to right this wrong: LUPEC brings you a show of art by local feminist artists who may someday end up in the history books themselves. Each of these talented and Classy Art Broads will be celebrated in honor of our Classy Art Forebroads. Expect to see some amazing art and delicious and rare cocktails.


Gallery Opening: Friday March 1st 6pm- to 11pm as part of Unblurred.
Admission is free. Parking is free.
The show will continue through the month of March.

LUPEC (Ladies United for the Preservation of Endangered Cocktails) works tirelessly in a world of beer and pre-packaged CHEXTM mix to breed, raise and release cocktails that are endangered or even believed to be extinct in today's society. LUPEC continues the 150 year American tradition of dangerous women calling themselves Ladies and getting together I n groups, clubs, and societies to work under cover while chipping away at the patriarchy. 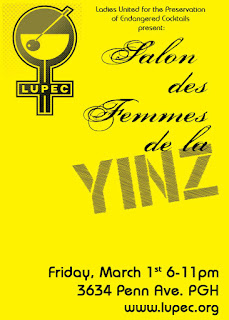 Find my Male Nude sketches in ink available only at  Fine Art for Men.

Purchase some beauties such as: 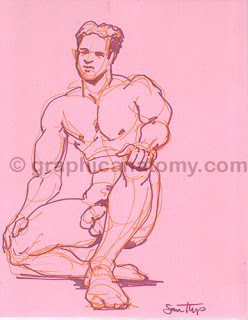 You might, for example, wonder why they seem to think it's better to use the word "notion" than "idea", or the word "narrative" than "story", or the word "interrogate" than "ask". You might wonder why every piece of art they write about seems to "subvert" something, or "disrupt" something, or "deconstruct" something, and why what it seems to "subvert" or "disrupt" often seems to be "traditional hierarchies". You might wonder what those "traditional hierarchies" were. You might, for example, want to ask if they were the "hierarchies" of a world where art is bought by hedge funders as an investment, and a brand. But if you looked at the art that was meant to be "subverting traditional hierarchies", or "interrogating capitalism", you might wonder why, if the artist hated capitalism so much, the work was so often for sale.

It's a delicate balance that i have yet to master.
On the one hand we DO have specialized terminology that we need to know.
It's much better than trying to explain with "thingamajiggs" and "doohickeys".
But when the language is used to alienate or to deliberately confuse, it can backfire.

I was once told that the truly masterful can break down concepts into the simplest terms.