How'd you do that?

I wrote it down.
http://www.graphicanatomy.com/book.php
Everything that i have learned about figure drawing AND IS USEFULL collected in one place.
There's a few sample pages.  $25 is cheaper than most textbooks.
Want to learn how to draw better? GIve it a try.

You can't buy fame; you gotta earn it.


You are not a natural... born.. artist....
You studied hard and worked your ass off. And you deserved better than to be taken advantage of.  There are many, many opportunites to show work thorughout Pittsburgh.  Don't think this is your only or best route.

Pay-to-play galleries that want a chunk of money up front to give you shows or wall space, especially those that tantalize you with the prospect of exposure in major art centers like New York or London.
To begin with, what incentive does any venue have to sell your art when you pay them in advance? Certainly a lot less than they have if the only way they make their money by selling your art (like most galleries do).

It is just a pyramid scheme for artists.

But like Gleason said, the trick is to branch out--always. These vanity spaces are not looking out for the artists' best interest in the long haul, they are merely trying to keep their exhibition space afloat.

Take the money you would have spent on one nigth show in a bar and take a class, get a professional website done, register a copyright... get decent business cards and stickers made.
The end result being that you had an art exhibit that is of little to no relevance-- and will certainly not help you to gain the reputation that you are seeking from established galleries nor gain the credibility that you want to convey to potential buyers and art collectors in general.

wherein i change my mind in the middle of writing this.....


I was a bit disapointed that the SWAN festival in Pittsburgh does not have a focus on Visual arts.
I'm sure what they DO have is nice. But why aren't the Visual Artists represented in proportion to wealth of talent we have?
It's been this way. So much so that I had to have my own SWAN Day exhibit. (Artform 2011) and i was sort of hoping someone would pick up the torch.
*shrug*
How is the climate of sexism in the Pittsburgh Art scene?
Do artists working today complain about being left out of shows because of an Uterus?
Actually, not that much.
I've felt left out of the little clique's here and there.... but i don't think it's based on gender.  But something else entirely.
I have witnessed would-be patrons and gallery owners take an interest in female artists with an ulterior motive;  *wink wink*. I find  this behavior quite reprehensible.
Truth be told some of the strongest and most creative artist in the 'burgh happen to be vaginal- Americans and should be given due respect.
We're putting PGH on the map.
Maybe we don't need a contrived or forced lift. Maybe it's better to be recognized as an Artist, rather than a Woman artist.
Maybe the SWAN Day visual art celebration isn't needed since we are in every other show every month on Penn Ave.
And while some nneanderthals still drag thier feet, the over all movement is heading in the right direction.

No, wait. Let me start again.
Pornography is media that depicts sexual acts with little or no regard to Artistic Skill; such as lighting, composition, design, color, line, pacing, skill, etc.

So if you find a work of mine to be “too adult” or too hardcore for a particular time and place that's understandable.
But calling it pornography is to insult the artistic skill that went into it.
Learn the difference.

If you call my work “pornographic”, I have the right to defend it since you are calling into question my artistic skill as much as my choice of subject matter. I have spent years practicing figure drawing like an elite world athlete and I can hold my own against almost anybody.

So take a moment next time you are "offended" and shout "pornography" and demand a work be taken down.  If you can't verbalize your offense or explain what you mean...then maybe you are not qualified to make such a decision.

Up and coming:
Friday March 15th, I will be painting live at Belvedere's. It is part of a charity event, Art Attack 2 with many other awesome Pittsburgh artists. $5 admission helps to benefit the Western PA Humane Society.  You like art? You like cute fuzzy animals? You like beer? This is for you.


Then
Saturday March 16th, I will be collaborating with Point Park University's production of the Vagina Monologues.  This is not my usual thing. I occasionally delve into geometric abstraction to round out all the figure studies. So here's your chance to see something a bit different by me. 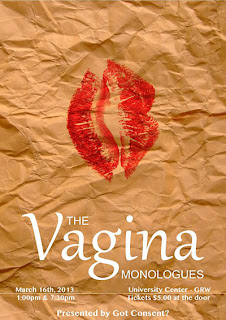 I have many more shows and live art performances coming up. Feel free to check them out and say hello.

A huge thank you to the art patron who bought my work at the Visual Aids benefit in NYC.
It is an honor to help out.

And I am so grateful to all who have been bidding on my art posted in ebay.

The LUPEC show was a blast. It was great to have so many great artists showing and everyone attending. I also sold my piece, so thank you for that.

And I am also thankful for the many opportunities coming up to show my work.
I'll be painting live at the next Art Attack March 15th at Belvedere's.
April 6th a live painting collaboration with Bloom
April 11th painting live with Lauren Toohey at the PERSAD Patron Party.
April 19th, I should have something new for Heads Will Roll.

Stay tuned for more info and thank you for your support.

I kinda wish the Juried Art Exhibit would just reject me already.
I hate having these pieces in limbo when there are so many other opportunities I could be showing in.

But on the slim and rare chance that they actually accept my work. I will will not show the work submitted for jurying....


I've now posted over 1,000 drawings on ebay.
Glad to say most of them have sold, and sold globally.
I've hit record sales numbers for a rather short month.
What's extra interesting is the figure drawings have taken on thier own style and flow.
http://myworld.ebay.com/samth0r?_trksid=p2047675.l2559

Found  out my work from the Postcards From the Edge- Visual Aids Exhibit sold.
And was apparently bought by a private art dealer,
Thank you.
http://www.visualaids.org/projects


Got a store up and running over at Fine Art America. More of the "bad silkscreen" style.
And I think that will be the home for those. The one and only place to find & buy the prints.
http://fineartamerica.com/profiles/sam-thorp.html

The Annual LUPEC show I helped put together is tonight,
Turns out I don't need to Masters in Fine Art from a "certain" school to curate.

Plenty of shows coming up in the next few months.
Stay tuned for that.